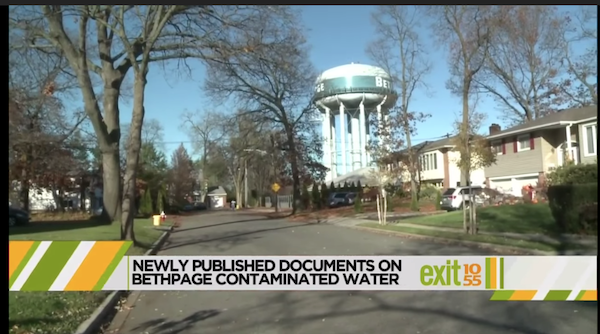 A new nine-page report, released in June 2017, on the Grumman aerospace site indicates the facility handled radioactive materials linked to breast, bone, and liver cancer. News 12 Long Island reports Bethpage groundwater tests positive for radium and has Long Island residents wondering and alarmed to the Grumman finding and its possible connection to long-term radioactive water contamination believed to be via what is known as the Bethpage/Grumman plume.

Just this week, however, News 12 Long Island reported elevated radium levels in the groundwater of a Bethpage elementary school and also at the high school. The New York State DEC states the radium levels post no heath concerns.

However the Water Quality Association, a not-for-profit drinking water organization, reports that radium is linked to increased rates of cancer and that the Environmental Protection Agency’s health based goal for radium is zero presence in drinking water, even though the EPA legally allows 5 pCi/L or lower in tap water prior to enforced remediation. Bethpage water testing in 2016 revealed radium levels between 0.44 – 4.48.

Below is a report posted by CBS News’ Youtube Channel of TV 10/55’s Richard Rose’s interview in August discussing Northrop Grumman’s handling of radioactive materials and its impact on Bethpage’s contamination of the public drinking water supply as well as spreading and threatening the water supply of South Farmingdale, Levittown, Massapequa and other areas south.

Contact Aqua Right for a free water quality test and a discussion of how you can affordable remove contaminants from your home or business’s drinking and bathing water.